Aldringham lies 3 miles north west of Aldeburgh and about 1.5 miles west of Thorpeness. In a village seeped in history with even a mention in the 1086 Doomsday book The Parrot is the oldest building in the parish of Aldringham-cum-thorpe.

The Suffolk Heritage Group has reports of Roman pottery being found on the site of The Parrot dating back from 43AD until 490AD. Also Anglo Saxon pottery from around 645AD is said to have been found. It has had a long history of smuggling which continued until the late 18th Century. The Inn was build around 1576 when it was originally named ‘The Case Is Altered’. In 1604 the Kemp family acquired the Inn and renamed it The Parrot and Punchbowl. With such history comes many tales – one that is mentioned a lot is the supposed secret tunnel from The Parrot to Aldringham church that is over a mile away. Needless to say we are yet to find such tunnel.

With the arrival of David and Chris in the summer of 2017 The Parrot now has a greener approach to things. They are making the garden and surrounding areas more habitable for the local wildlife. The birds are now making good use of the feeders and bird box around the grounds. Pride is taken also in not having any plastic straws and stirrers available at the bar as they continue to reduce the amount of plastic that is thrown away. Local suppliers are also supported with the butcher and greengrocer just a couple of miles away. The future of The Parrot is looking bright as we look forward. 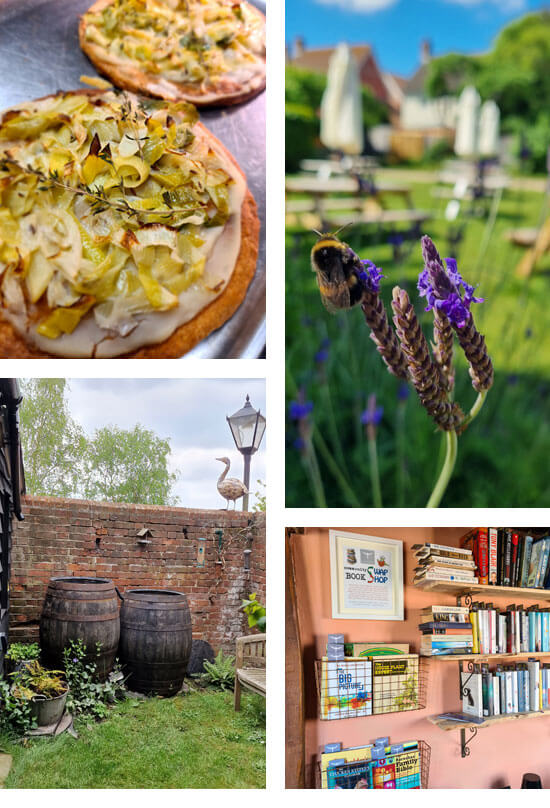 Please complete the form below to request a table reservation. This form is for table requests and does not guarantee reservations. Typically replies within an hour. Dogs are welcome in our bar and snug bar area only.

This website uses cookies to improve your experience while you navigate through the website. Out of these, the cookies that are categorized as necessary are stored on your browser as they are essential for the working of basic functionalities of the website. We also use third-party cookies that help us analyze and understand how you use this website. These cookies will be stored in your browser only with your consent. You also have the option to opt-out of these cookies. But opting out of some of these cookies may affect your browsing experience.
Necessary Always Enabled
Necessary cookies are absolutely essential for the website to function properly. This category only includes cookies that ensures basic functionalities and security features of the website. These cookies do not store any personal information.
Non-necessary
Any cookies that may not be particularly necessary for the website to function and is used specifically to collect user personal data via analytics, ads, other embedded contents are termed as non-necessary cookies. It is mandatory to procure user consent prior to running these cookies on your website.
SAVE & ACCEPT

Call or email to book your party!